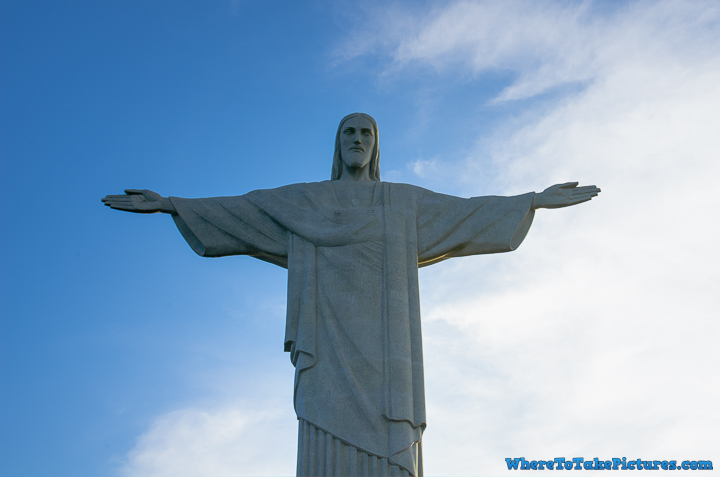 This gigantic statue of Jesus Christ is perhaps Brazil’s best known symbol. The monument of Cristo Redentor (Christ the Redeemer) stands on the peak of Morro do Corcovado in the Tijuca Forest National Park overlooking the city of Rio de Janiero. 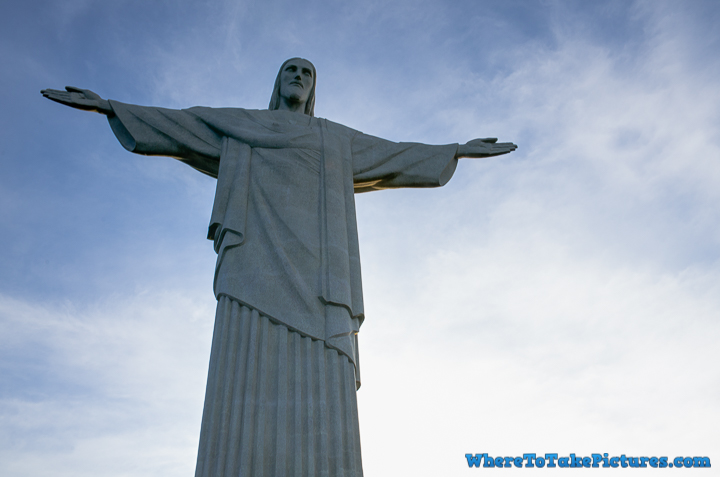 From where I stayed in Copacabana Beach, Cristo Redentor is about 11 km (7 miles). Instead of taking a taxi, I decided to take the shuttle bus, as I learned that only the government-run shuttle has access to the very top. (If I took the taxi, I would have taken a train when I got to Cosme Velho, which didn’t sound convenient.) From my hotel I walked to Praça do Lido facing Copacabana Beach. I didn’t know exactly where to find the shuttle, but when I reached the beach, I saw lots of people forming a line. Before joining them, I walked to the ticketing office to buy a round trip ticket (including the additional ride up to the monument), which costs R$51 (US$17). [During peak season, it costs R$62 (US$21).] The ticketing office is open daily from 8 a.m. to 4 p.m. (I was told there is another ticketing office and shuttle pickup at Largo do Machado, Flamengo.) 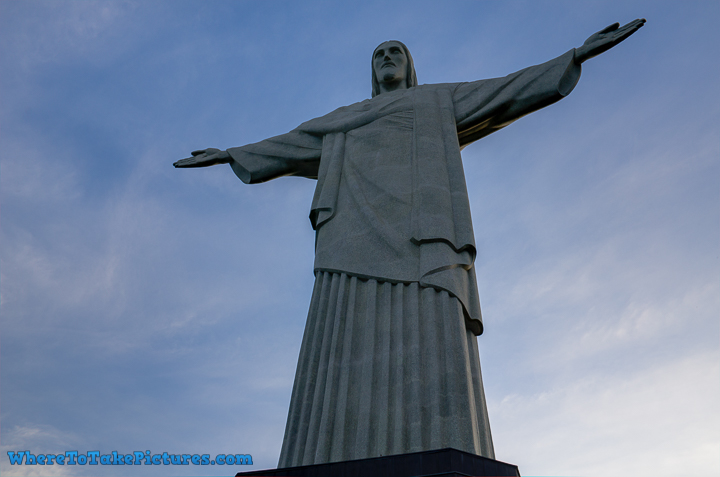 How long it takes to Cristo Redentor from Copacabana Beach entirely depends on traffic conditions. Traffic in Rio de Janiero is horrendous during rush hour. But given that it was only 3 p.m., it took us about an hour to reach the monument of Cristo Redentor. (Waiting to board the shuttle took more than an hour.) 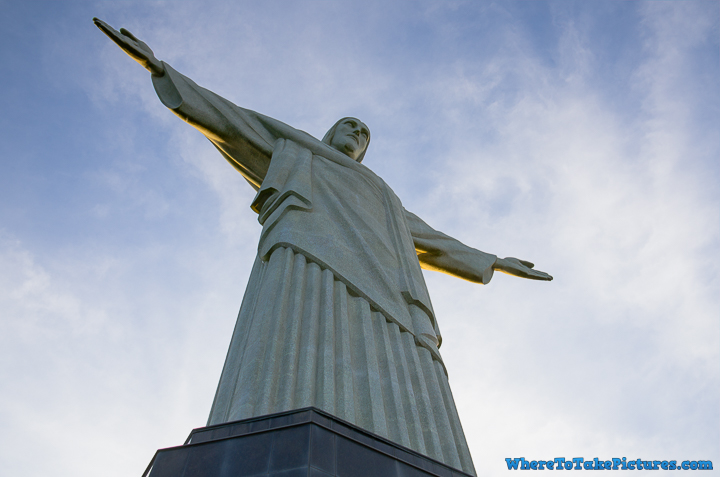 The famed statue is said to be 98 feet (30 meters), and its long arms stretch 92 feet (28 meters). It is so big that I could see the statue when I was on Pão de Açúcar (Sugarloaf Mountain), although oftentimes it was covered by passing clouds. Construction of the statue took 9 years, between 1922 and 1931. The winds on the mountain peak were quite strong. For more than 75 years, the statue has been exposed to the elements, and I was told that at least twice the statue was hit by a lightning, necessitating restoration. 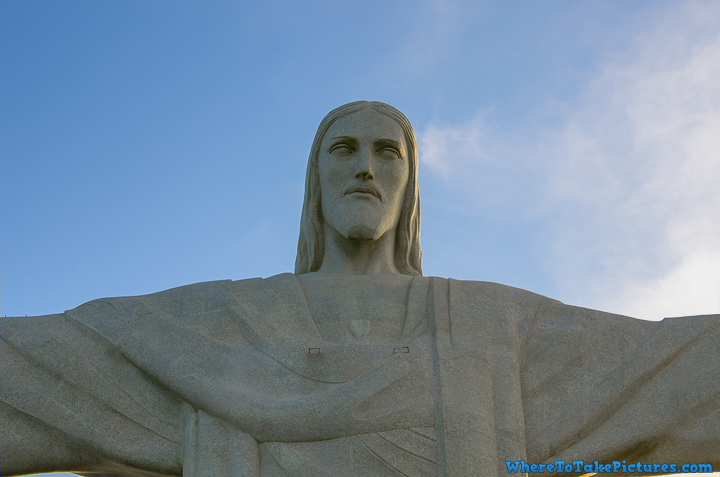 To get a sense of the height of the statue and the height of the mountain on which the statue stands, one can hop on a helicopter. But the cost is prohibitive! I decided to view the statue from another mountain. When seen from Pão de Açúcar, it became clear to me that indeed the symbolic statue watches over the city of Rio de Janiero. 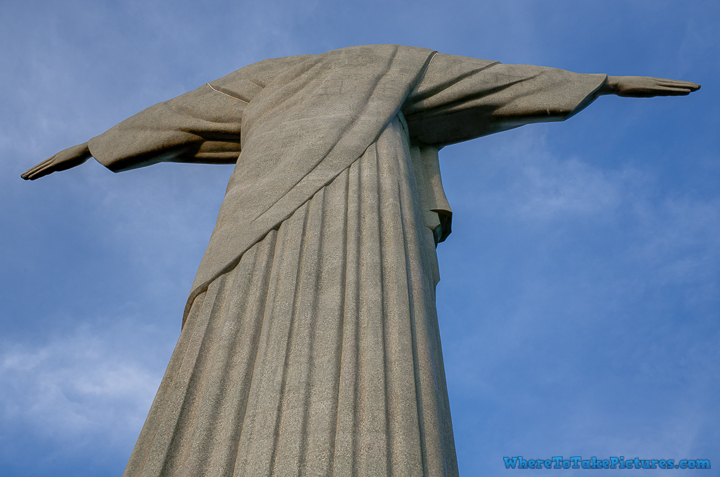 I decided to include people in my pictures so you have an idea of how big the statue is. Its height of 98 feet is the height of Michael Jordan multiplied by 15. 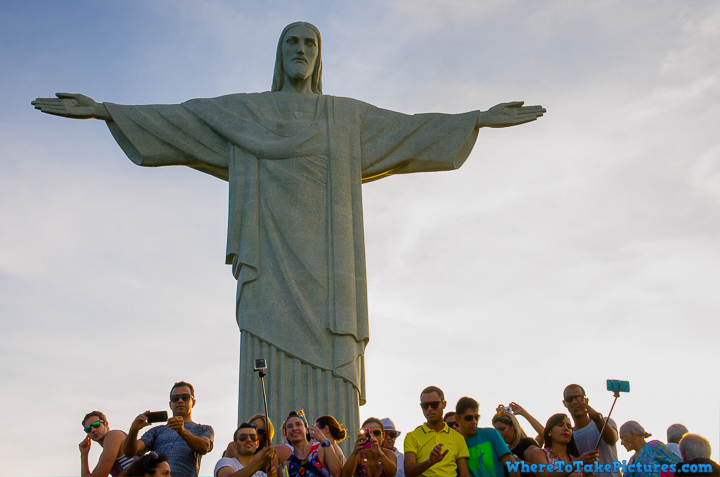 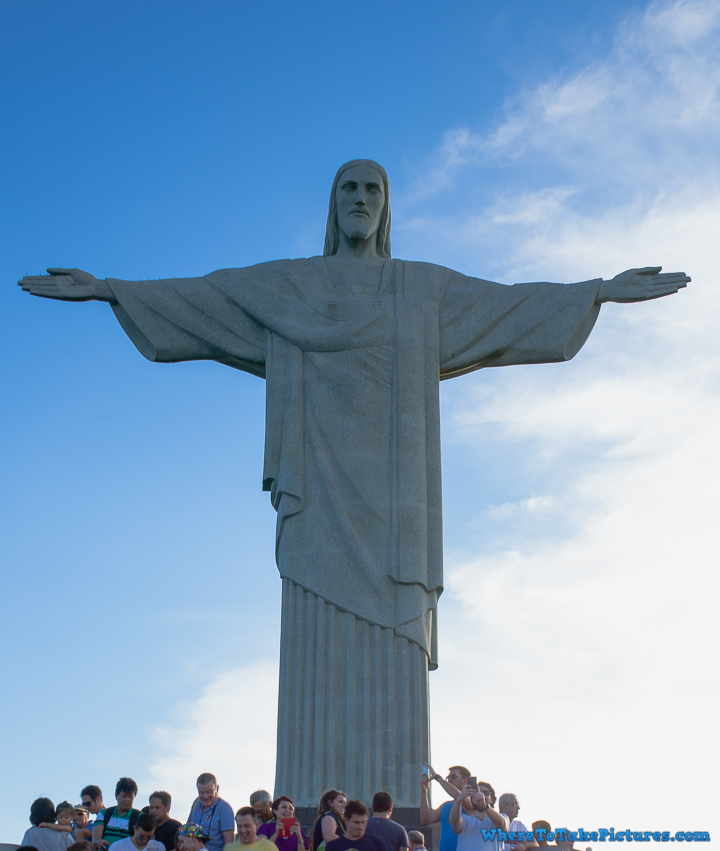 This was my view when I looked down. Just gorgeous… 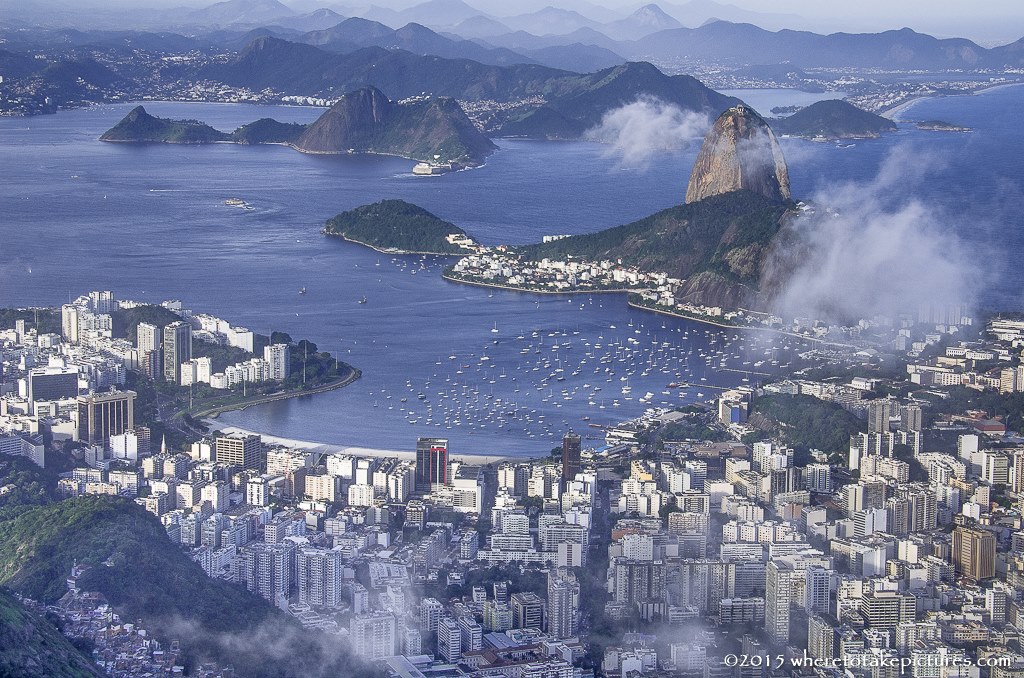 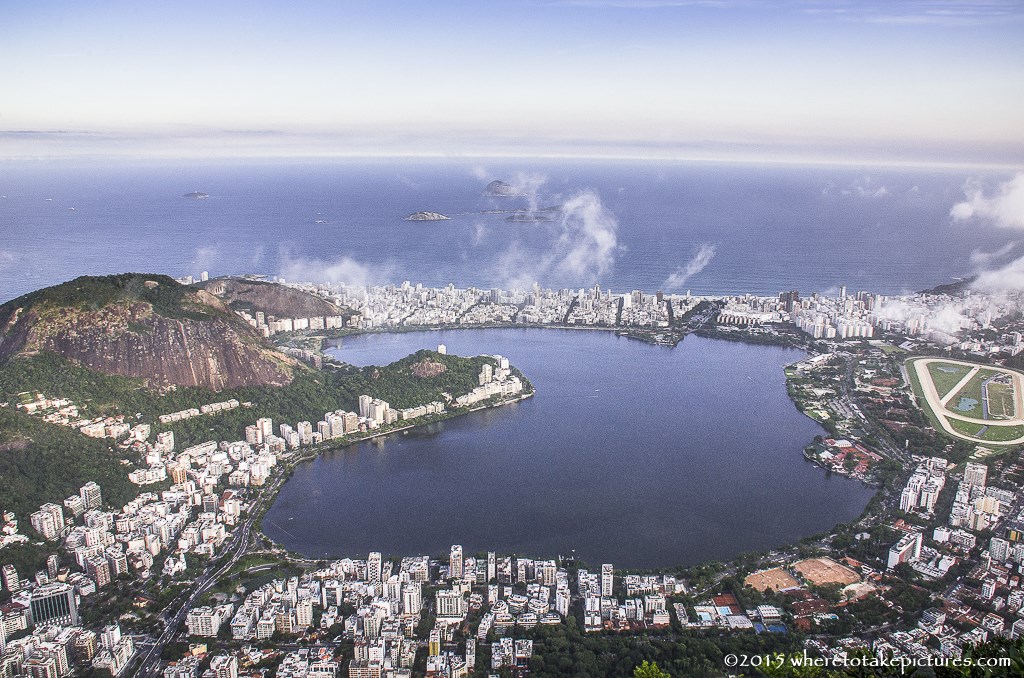 I waited for the sunset to take this picture. Unfortunately, the light used to illuminate the statue was purple in color, and I couldn’t figure how to remove that purple color on Lightroom. 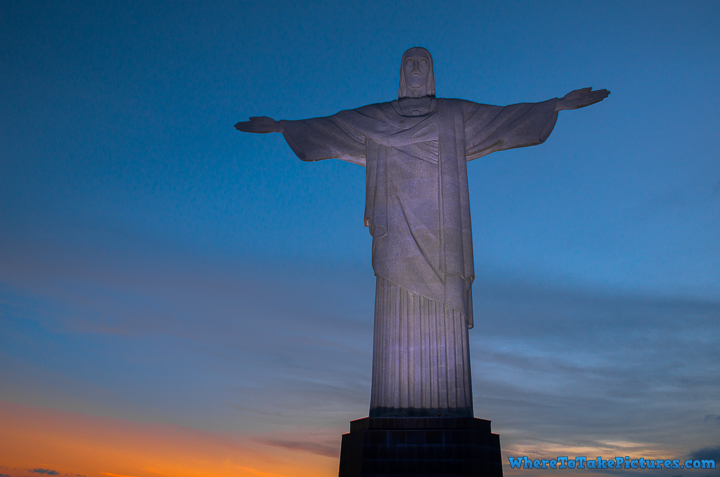 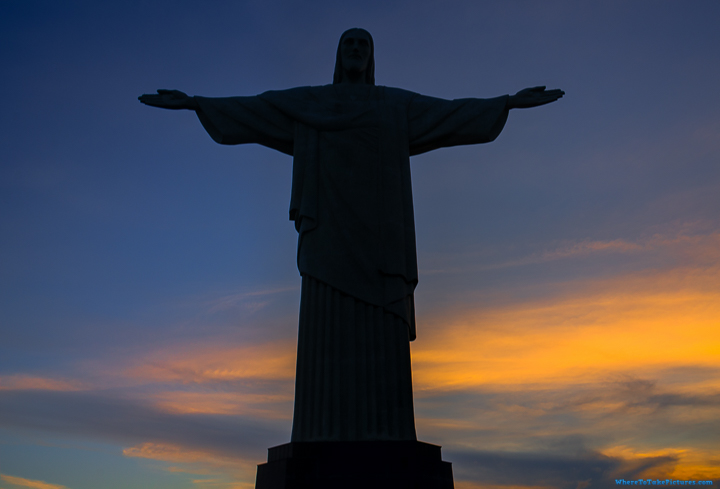 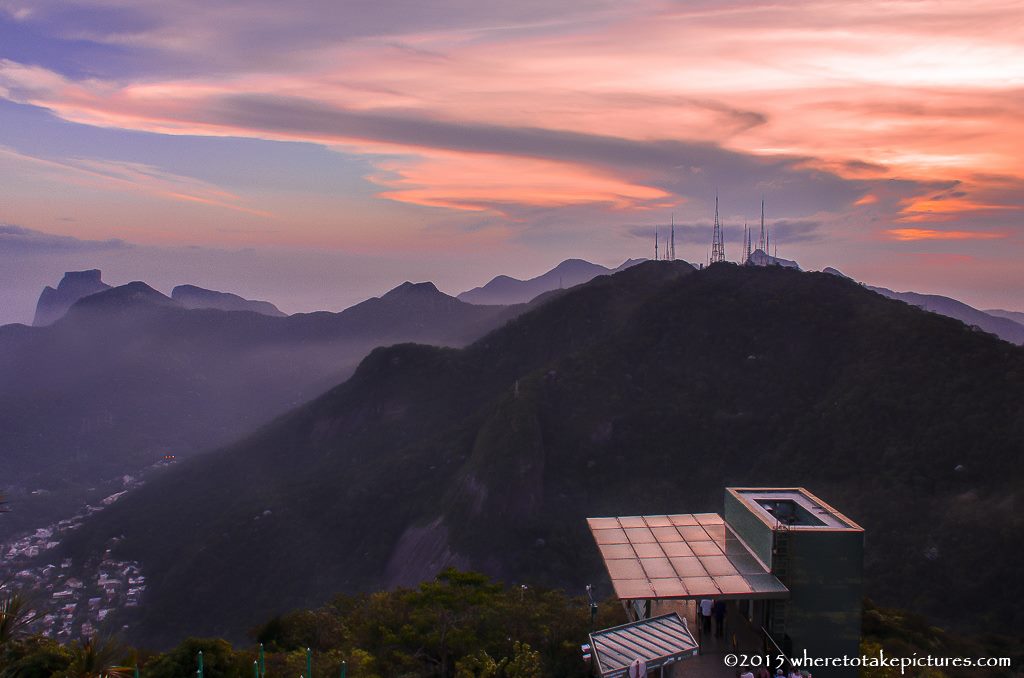 In a matter of minutes, the sky became completely dark. The last shuttle bus leaves at 6 p.m.; at 5:45 p.m. I started my descent. It was time to go back to the hotel… 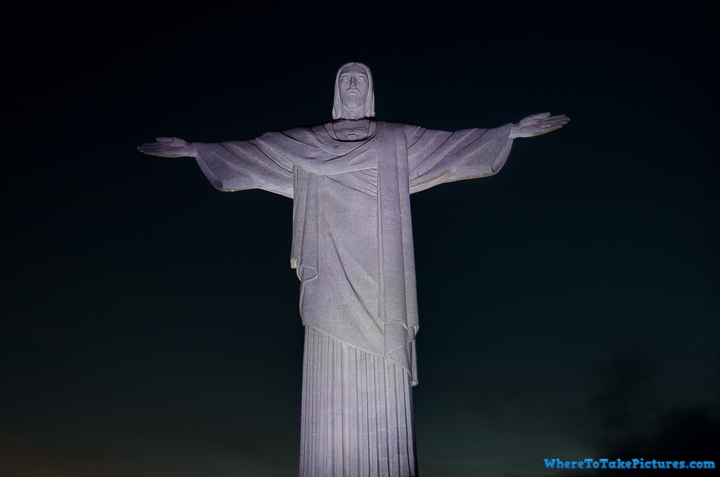 I keep experimenting with infrared photography, as I really like the idea of capturing on camera light that’s not visible to our eyes. 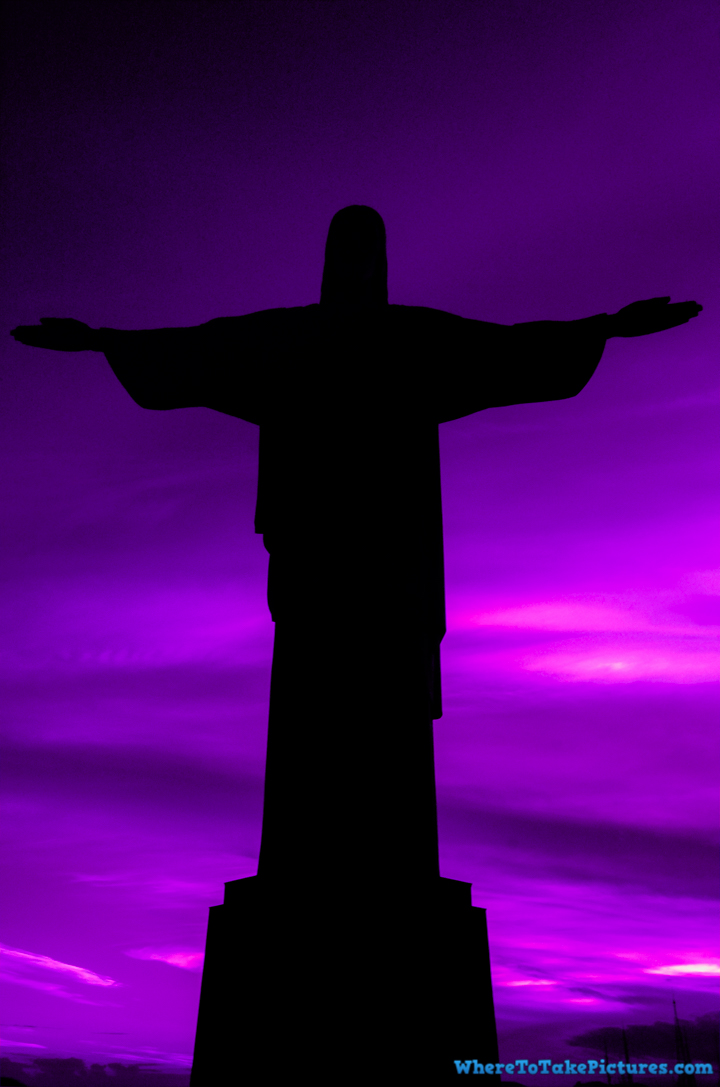 Here is the view below Morro do Corcovado. 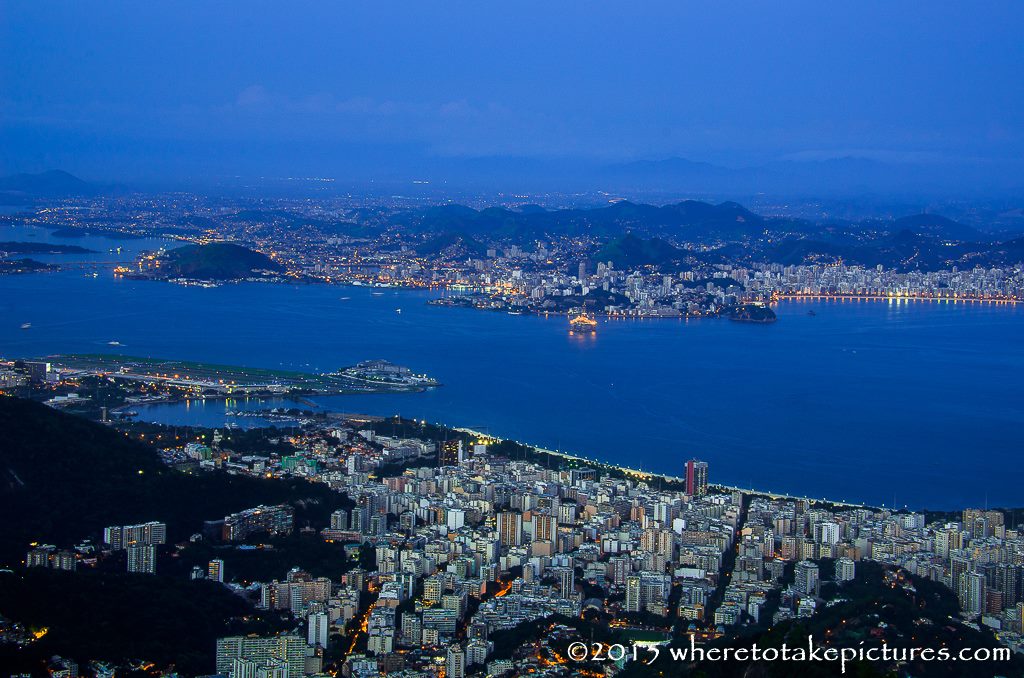 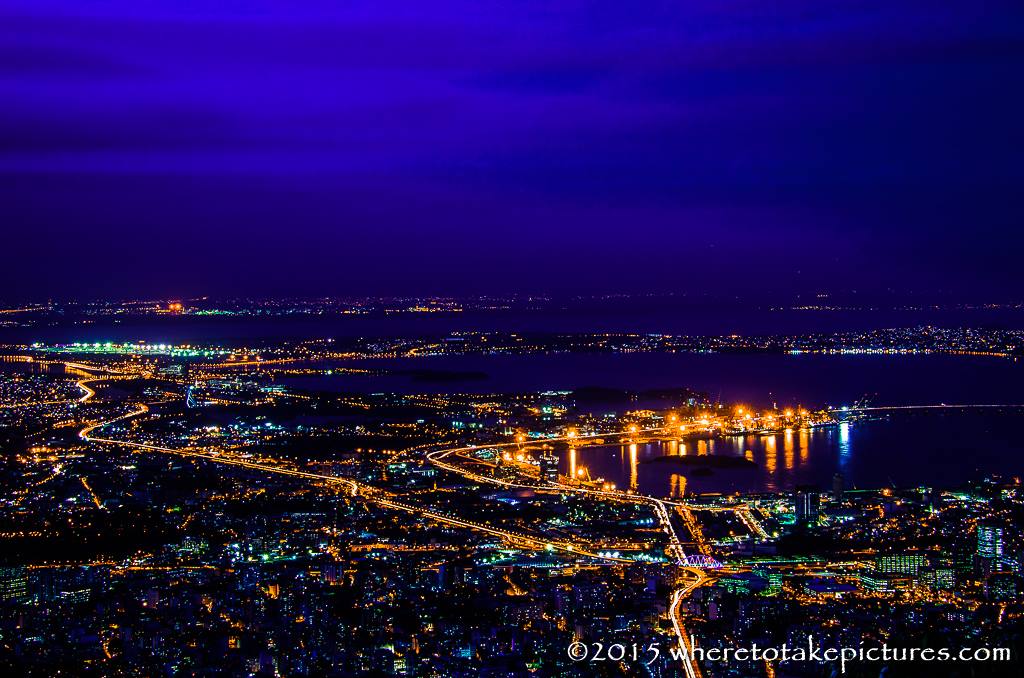 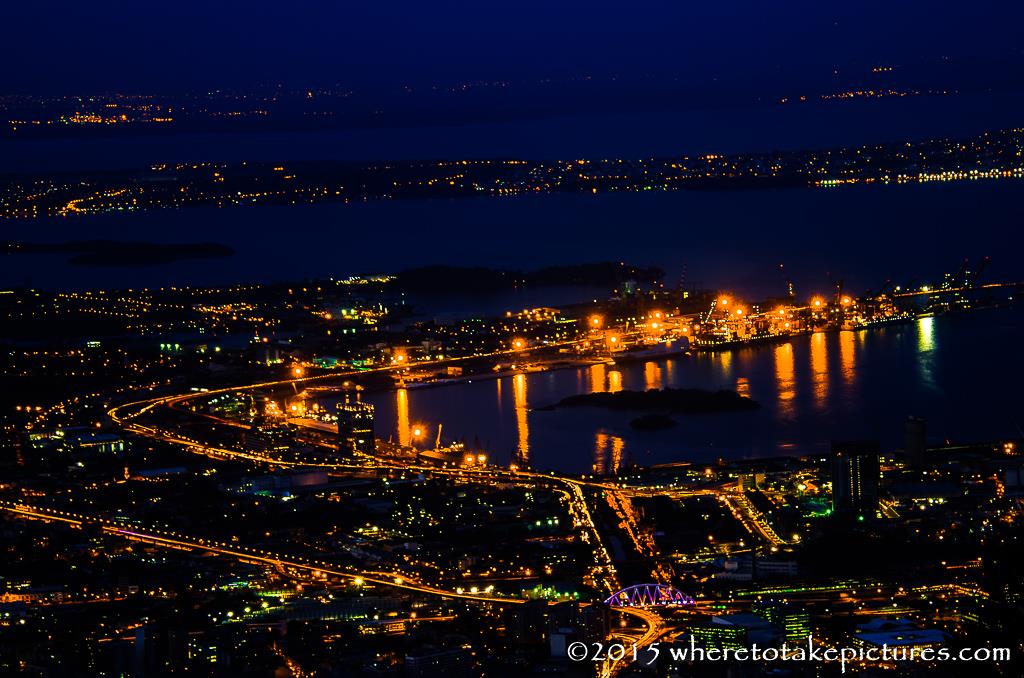