Our first stop was at Iglesia de San Jerónimo de Poconchile, which was built in 1605. Can you believe this structure is more than 400 years old? It was last restored in 2005. It is considered Monumento Nacional de Chile (i.e., one of Chile’s national monuments). 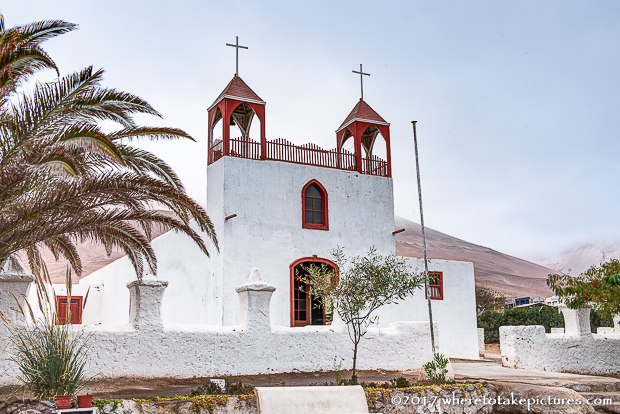 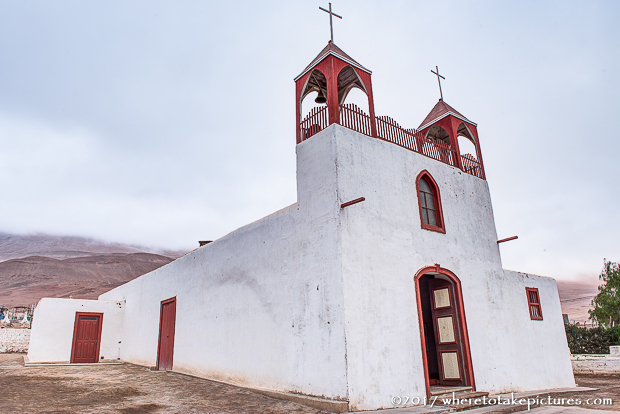 At the back of the old church lies a cemetery.

We then continued with our drive into the depths of the desert. 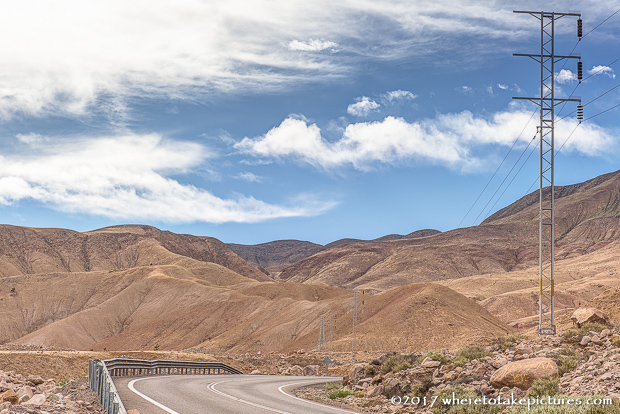 Everybody who knows Freddy (the 60-year-old driver who took me to this place) will agree with me when I say he doesn’t stop talking. And it is not always easy to tell whether he is making a joke or stating a fact. He seems to be quite knowledgeable about this Chilean province. I remember one of the many things he said was, “Sin agua no hay vida.” (Without water, there is no life.) It amazes me that in the Atacama Desert, the driest non-polar desert in the world, there are signs of life, even as I saw no sign of water. Freddy admitted that when he lived in the mountains, taking a bath was not a custom. When he moved to the city, he learned the routine of taking a bath. And that wasn’t a joke but a fact. Apparently, he is not an exception. 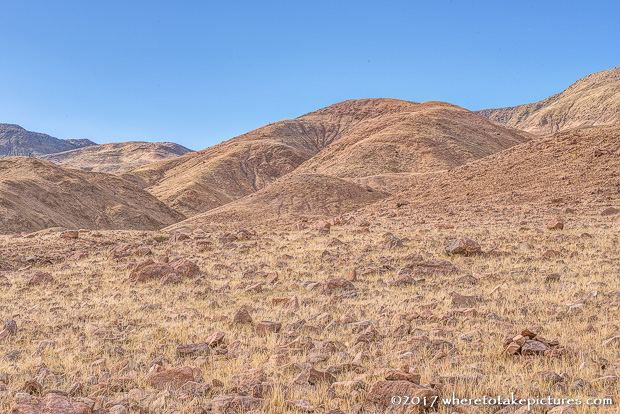 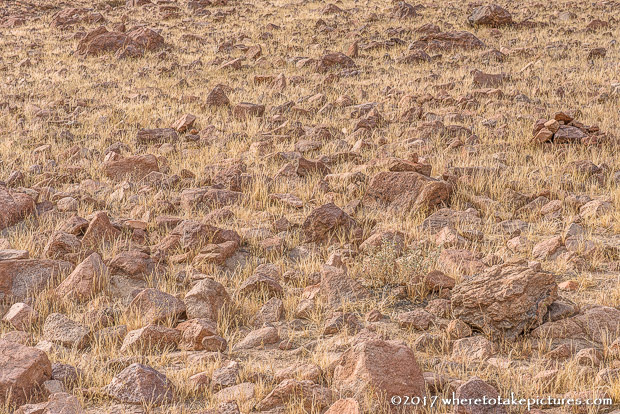 The scientific name of the plant below is Browningia candelaris (in Spanish: cacto candelabro) which grows in northern Chile as well as in southern Peru. These cacti reach a height of 20 feet (6 meters); they grow in extremely dry conditions at altitudes between 5000 feet (1700 meters) and 10000 feet (3000 meters) above sea level. They were a common sight in the desert. The crown of branching stems makes Browningia candelaris different from other cacti species I’ve seen.

The picture below shows Pucará de Copaquilla; in Quechua language, “copaquilla” means “ash-colored powder.” And if you look closely at the picture, that is quite true. Pucará de Copaquilla is located 24 miles (38 km) southwest of Putre (capital of Parinacota Province), 65 miles (105 km) northeast of the City of Arica. I took this picture from the overlook on Ruta del Desierto that provides a great view of the valley and the surrounding mountains with interesting geological formations. At this place Freddy performed an ancient Aymara ritual which culminated in a circular dance, and I had to participate. This was a (Pre-Hispanic) Inca fortress that dates from the 12th century. Now it is an archaeological complex maintained by researchers in the Universidad de Tarapacá. Pucará de Copaquilla has been declared Monumento Histórico Nacional (National Historic Monument). 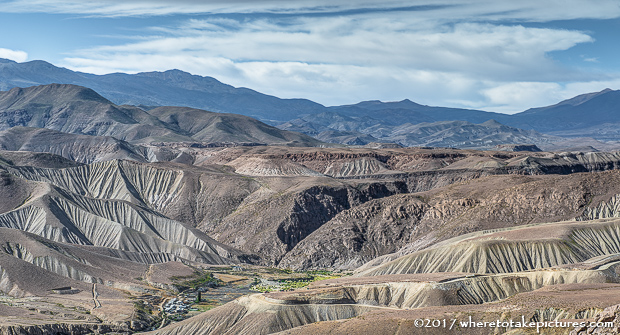 As Freddy continued to drive eastward towards Bolivia, the color of the scenery changed from ash brown to vibrant green. The desert was now behind us. The highway was still called “Ruta del Desierto.” 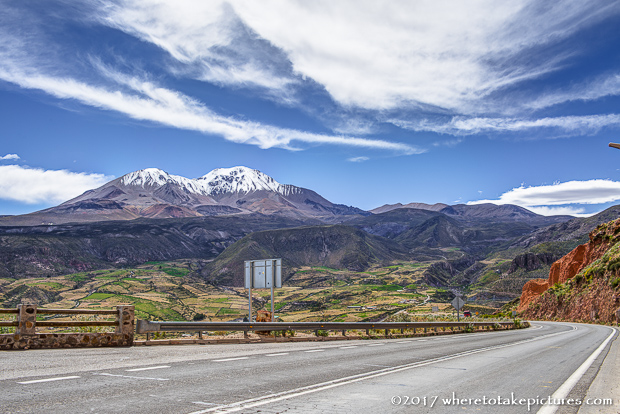 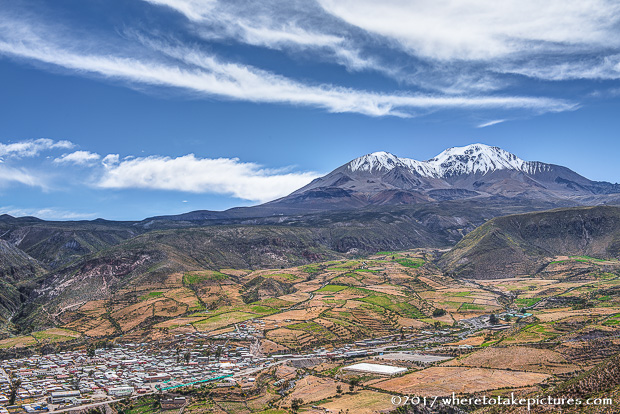 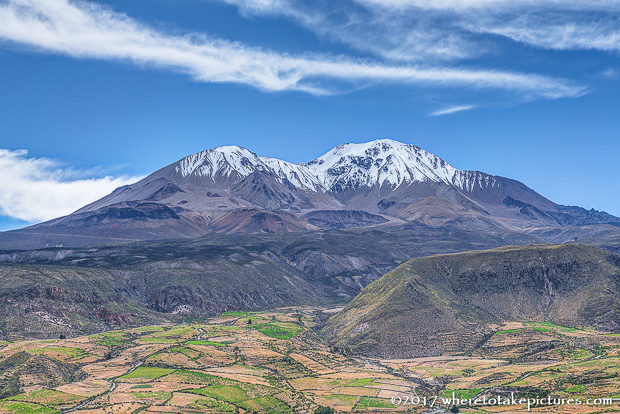 Freddy was busy entertaining his passengers with his endless stories, and in the middle of nowhere he stopped driving. He asked everybody in his van to look outside. There it was, as if it had been waiting for us. It was a viscacha, a type of rodent that looks like a rabbit and is native to central and southern Peru and northern Chile. It thrives in places where the altitude ranges from 980 to 16,400 feet (300 to 5,000 meters) above sea level. When we arrived at this particular spot, we were about 15,000 feet in altitude. The viscacha was almost motionless. I shouted, “Hola!” And it did move its eyes. I asked Freddy what it was doing there. Freddy explained that it sits on the same rock every time he drives by. I asked, “¿No tiene nada mejor que hacer?” (It has nothing better to do?) Freddy laughed. He said it was the guard for the day. And there are hundreds of others. I’m not sure what it was guarding. Perhaps there was gold under the rock? 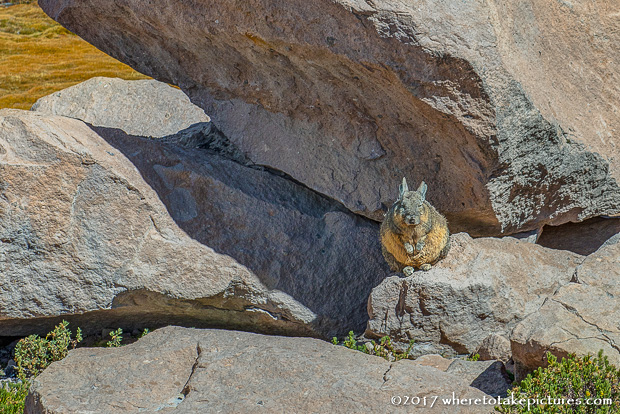 Vicuñas on Ruta del Desierto! Vicuñas are highly valued for their extremely fine wool; too bad, they can only be shorn every three years. When the Inca ruled this part of the continent, only the royalty were allowed to wear vicuña garments. Vicuña fabric reportedly costs U.S. $1,800 to $3,000 per yard. A vicuña wool scarf costs about U.S. $1,500. A vicuña sport coat from the Italian tailoring house Kiton costs at least U.S. $21,000. According to Freddy, it is against Chilean law to kill or eat these beautiful animals. The ones you see below, according to him, are wild animals; they do not belong to anybody. They come here as there is water everywhere. Amazingly, the color of vicuña fur is very similar to the yellow grass they were feeding on, just like the fur of the viscacha. 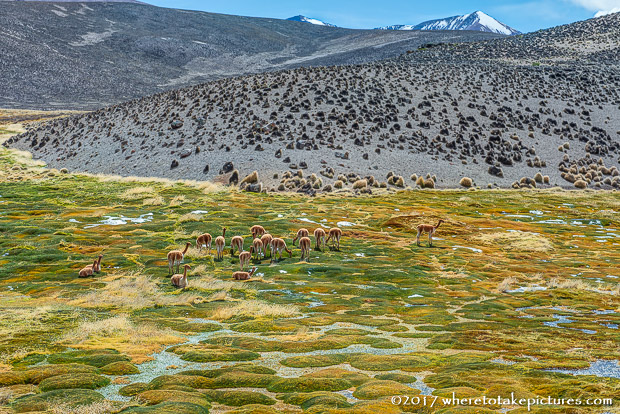 Laguna de Cotacotani lies 2.5 miles (4 km) northwest of Lago Chungará. It is surrounded by a few volcanos: Parinacota, Pomerape, Sajama and Wallatiri. If it so close to Lago Chungará, why do we not say Cotacotani is part of Chungará? Actually, Cotacotani is separated from Chungará by a strip of volcanic rock. Cotacotani is known for its considerable number of islands and islets (as you can see in the pictures below), which are really lava hummocks generated by a past volcanic event. 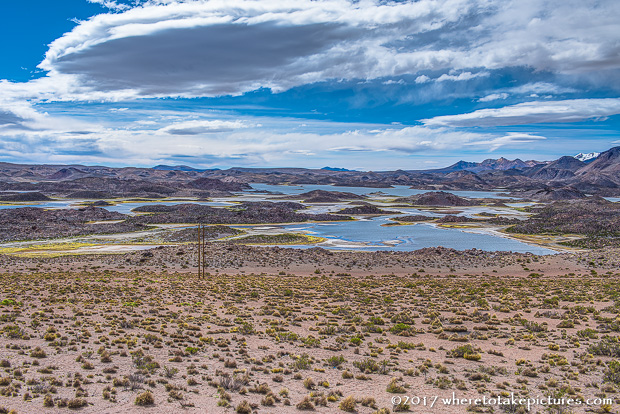