On my first day in Cologne, it was raining. The next day the weather was a bit better. And when it was only drizzling, my cousin and I rushed to this spot. It was well worth the effort. 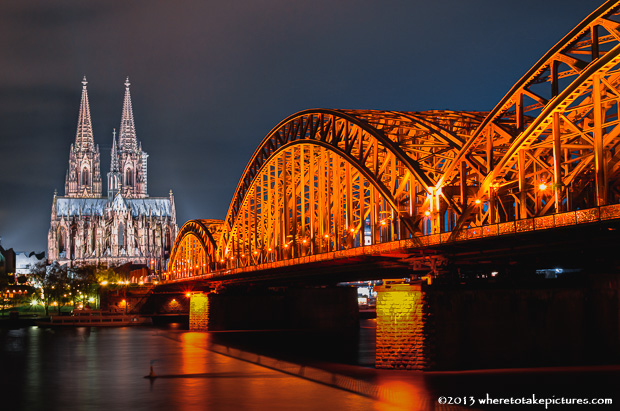 It’s the same picture, but this time I used a different lens. The effect is substantially different. 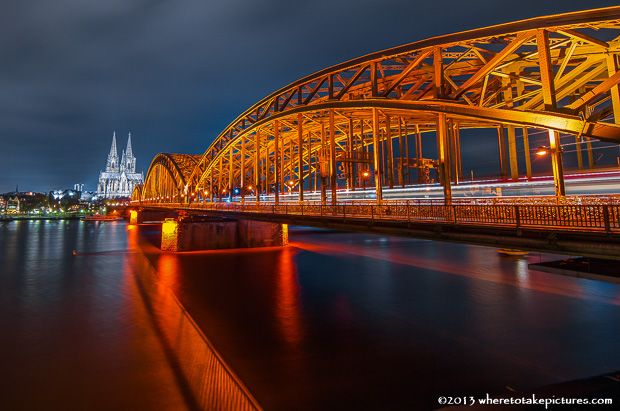 I like that on the other side of the bridge lies Kölner Dom, one of the world’s very few Gothic cathedrals. Train traffic is quite busy here. If you look closely, you will see a train passing through the bridge. Hohenzollernbrücke is a six-track railway bridge with passenger walkways on each side. I gather that it is the most heavily used railway bridge in Germany; daily, 1200 trains use this bridge. 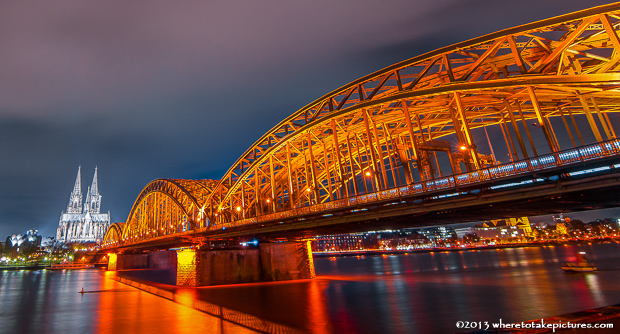 Below you see a perspective from the other, less popular side of the bridge. I think this angle isn’t too bad. I like that the bridge is well-lit at night, as you can see from the picture I took. Indeed, this century-old bridge looks better at night than during the day. 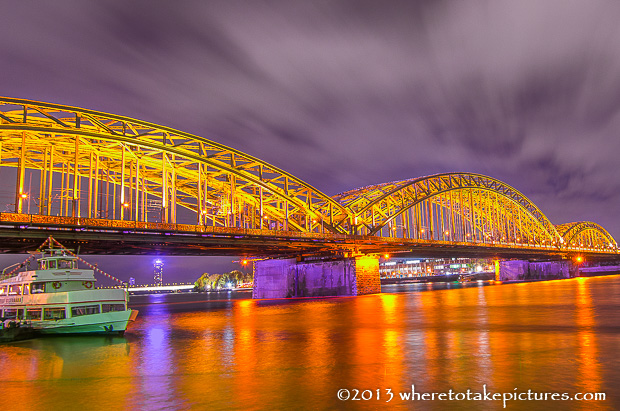 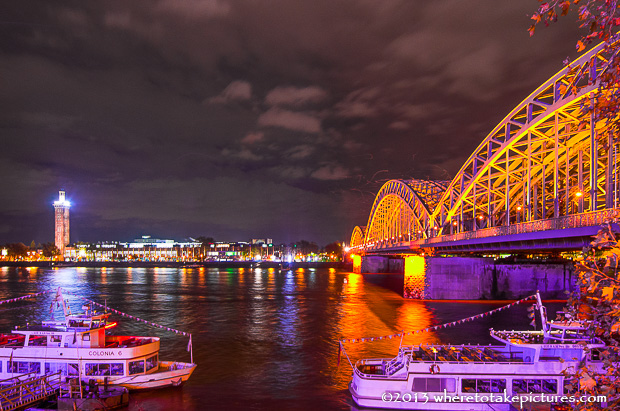 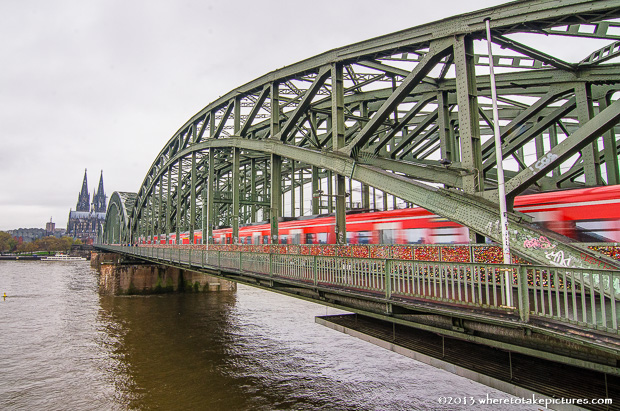 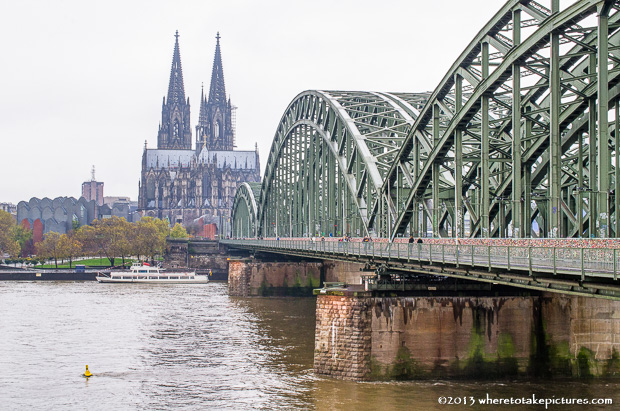 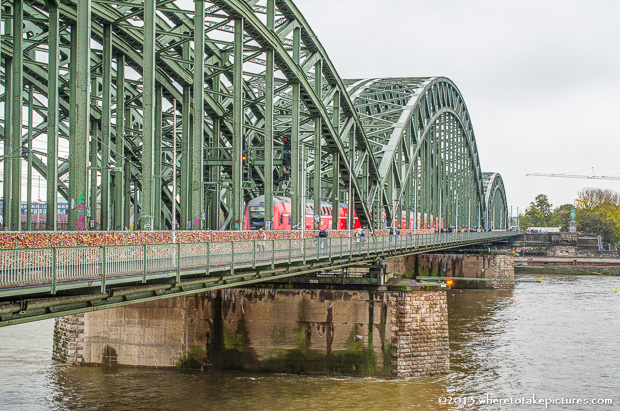 I also tried to take pictures using an infrared lens. 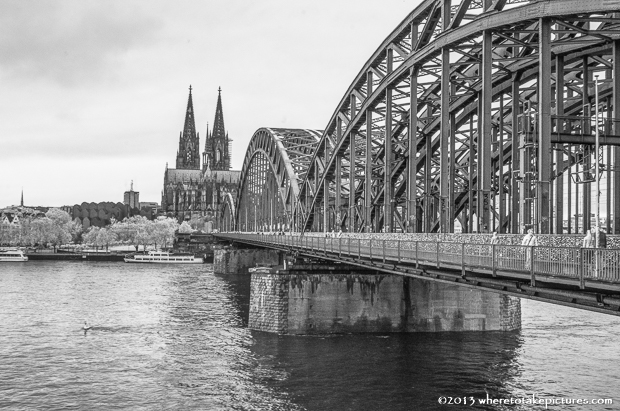 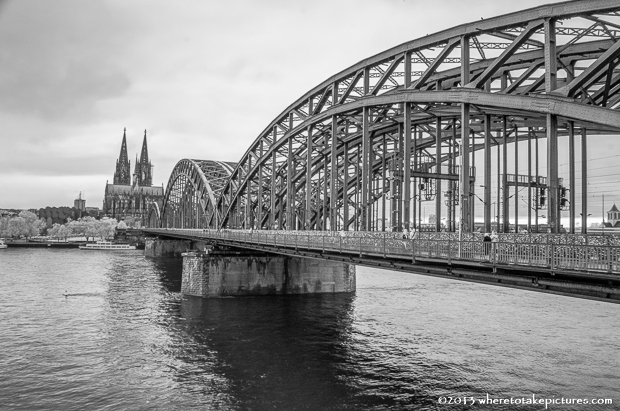 This is Köln Hauptbahnhof (Cologne Central Station) during the day on my way to Hohenzollernbrücke and during the night on my way back to the hotel. 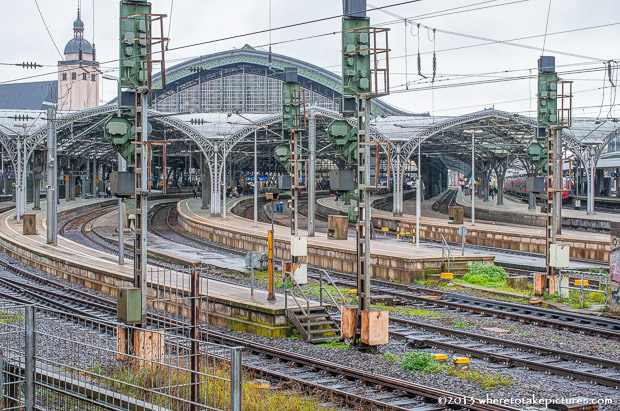 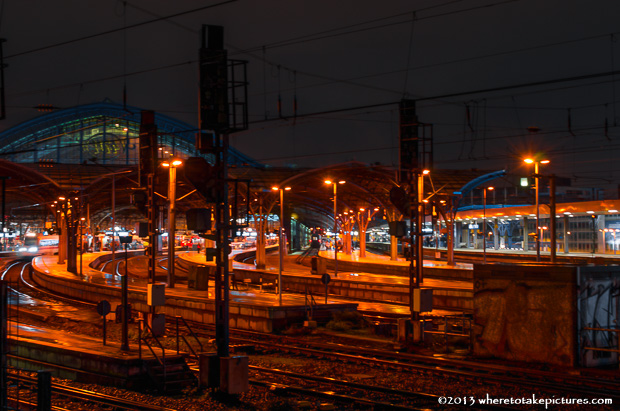 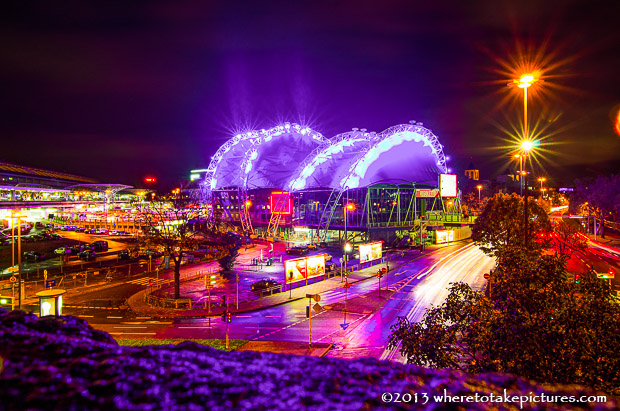 The first time I saw hundreds of locks in one place was in Seoul, Korea. A friend of mine who showed me parts of South Korea’s capital city during my 12-hour layover in Seoul explained that these locks symbolize eternal love. These locks can also be seen in Tokyo, Paris, Budapest, Rome, and, yes, Cologne, Germany (where I took the picture)! I was told that couples travel from distant lands to attach their padlock to the metal railing. Then they profess their vows of perpetual love and fidelity. As proof of their trip, they take a picture. I took a picture without having to profess any vows. LOL. 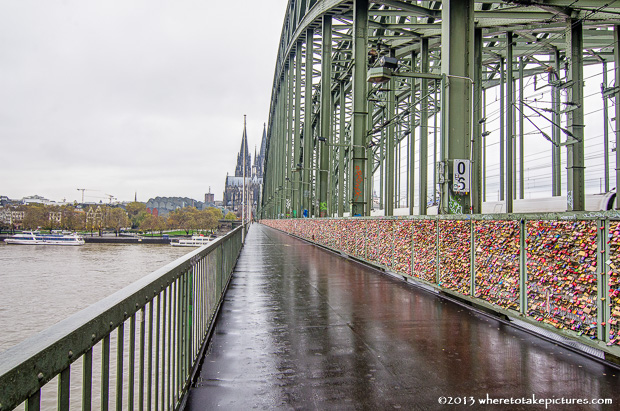 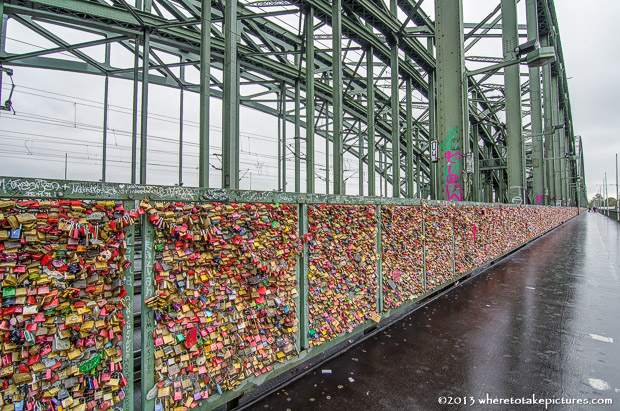 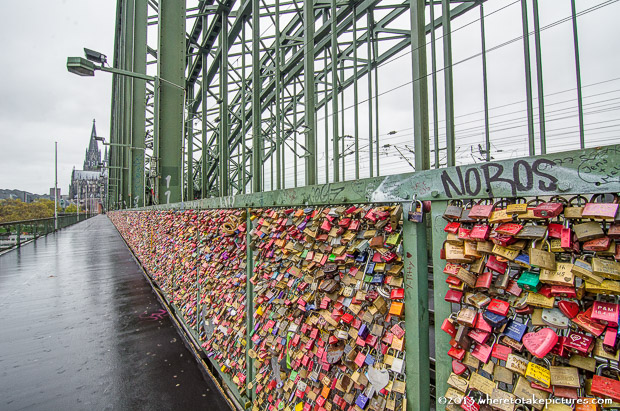 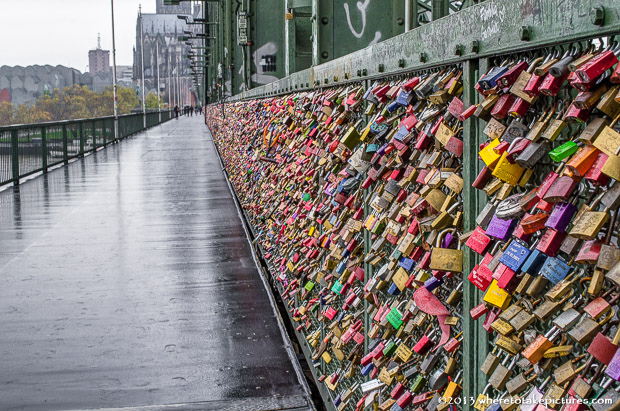 Notice the huge, golden padlock. Apparently, to this particular couple, bigger is better. I hope they are still together. 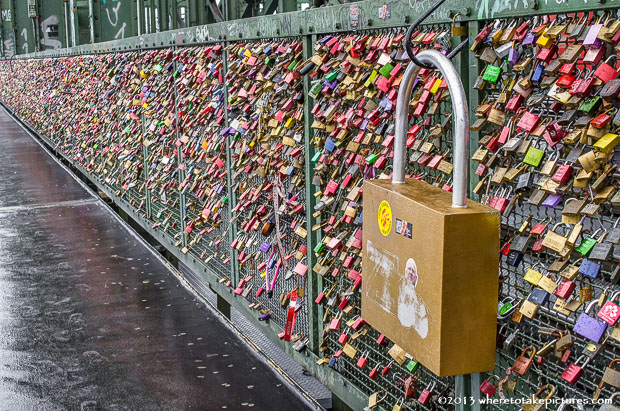 The padlocks come in different sizes and shapes! Notice the huge, golden padlock. Apparently, to this particular couple, bigger is stronger. (I sincerely hope they are still together.) 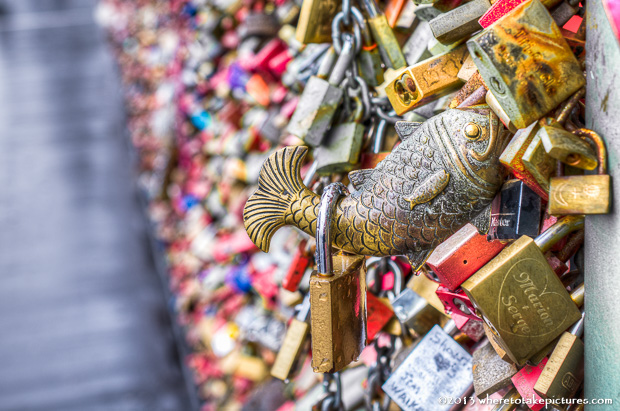 I miss Köln and the Rhine River. I took the pictures below on Hohenzollernbrücke. I was able to capture a good enough perspective as I was far enough. No need for a wide angle lens from this distance. 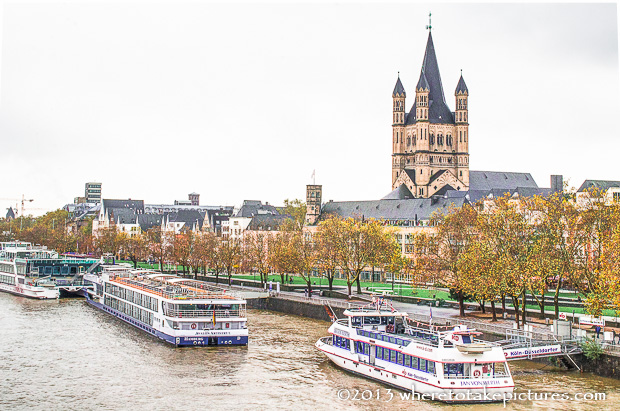