This is the reason I flew from Atlanta on the East Coast to Portland on the West Coast; that’s a distance of 2,500 miles (4,200 km). And with the fall foliage reaching peak at this time, it was the perfect time to visit the gardens. It cost $9.50 to enter the garden, but when I handed my Bank of America credit card, I was told that every first weekend of the month Bank of America pays the admission fee. Wow, wasn’t I lucky? I did pay $5 for having a tripod.

“Proclaimed the most authentic Japanese garden outside of Japan, the Portland Japanese Garden is a 5.5-acre (22300 sq m) haven of tranquil beauty that is open year-round.”

The garden was designed by Professor Takuma Tono in 1963. “Upon entering a Japanese garden the hope is to realize a sense of peace, harmony and tranquility. Three primary elements are used in every Japanese garden design: stone, the “bones” of the landscape; water, the life-giving force; and plants, the tapestry of the four seasons. Other important elements include stone lanterns, water basins, arbors, and bridges.” 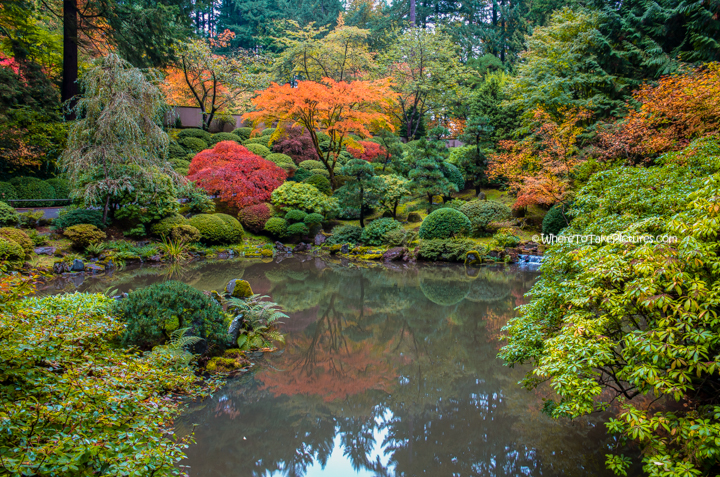 “Japan is a group of islands surrounded by oceans and seas. From ancient times, the Japanese people had an affinity for the sea. Water as a design element in the garden is crucial. One of the most popular styles of garden is called chisen, in which a pond or lake occupies the most significant portion of the garden. Water’s importance is not as a substance but as a symbol and expression of the sea.” 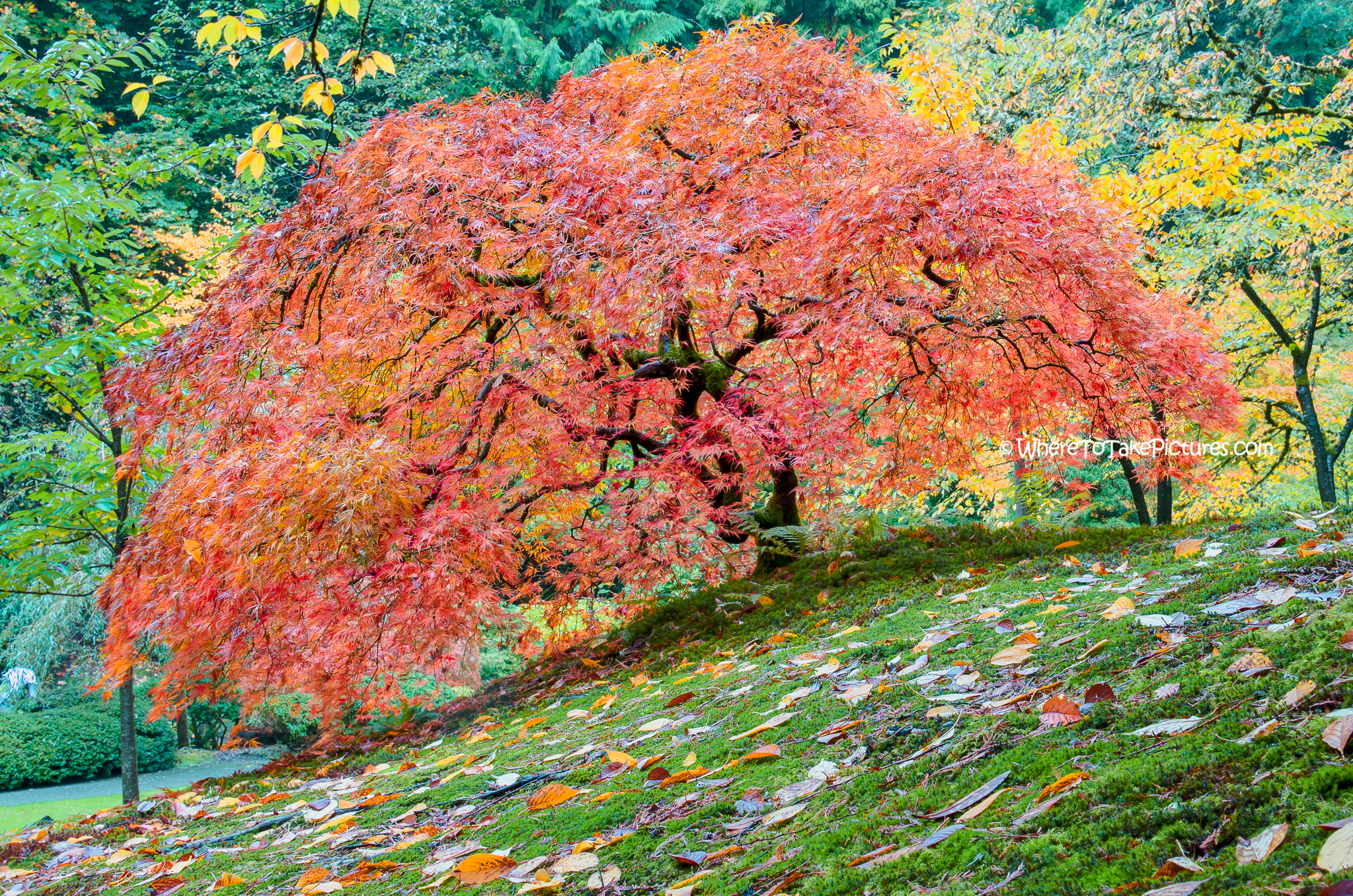 There are five separate garden styles. “The five gardens are each asymmetrical in design and reflect nature in idealized form. Human scale is maintained throughout so that the visitor always feels part of the environment rather than being overpowered by it. This is a place to discard worldly thoughts and concerns and see oneself as a small but integral part of the universe.” 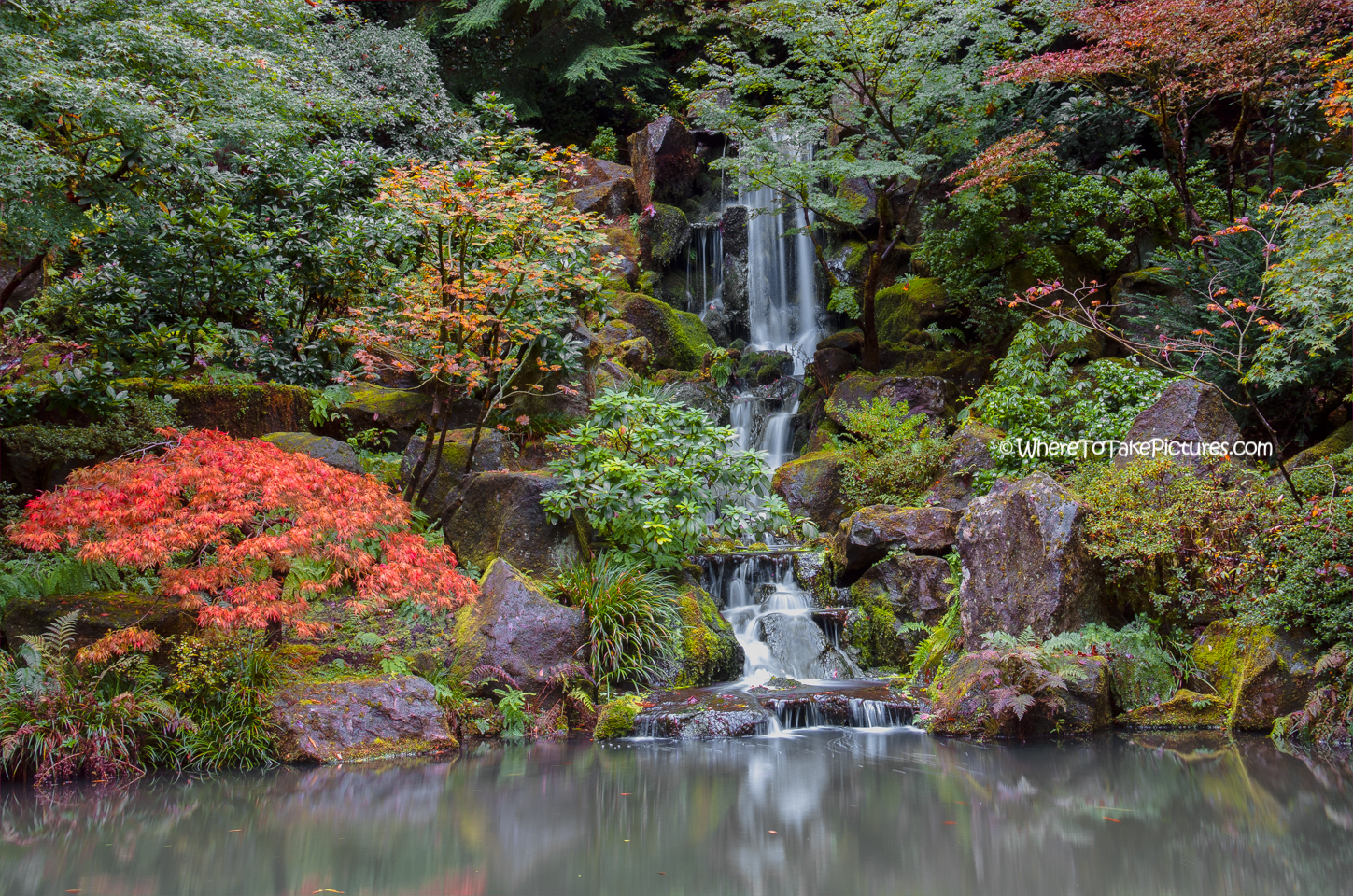 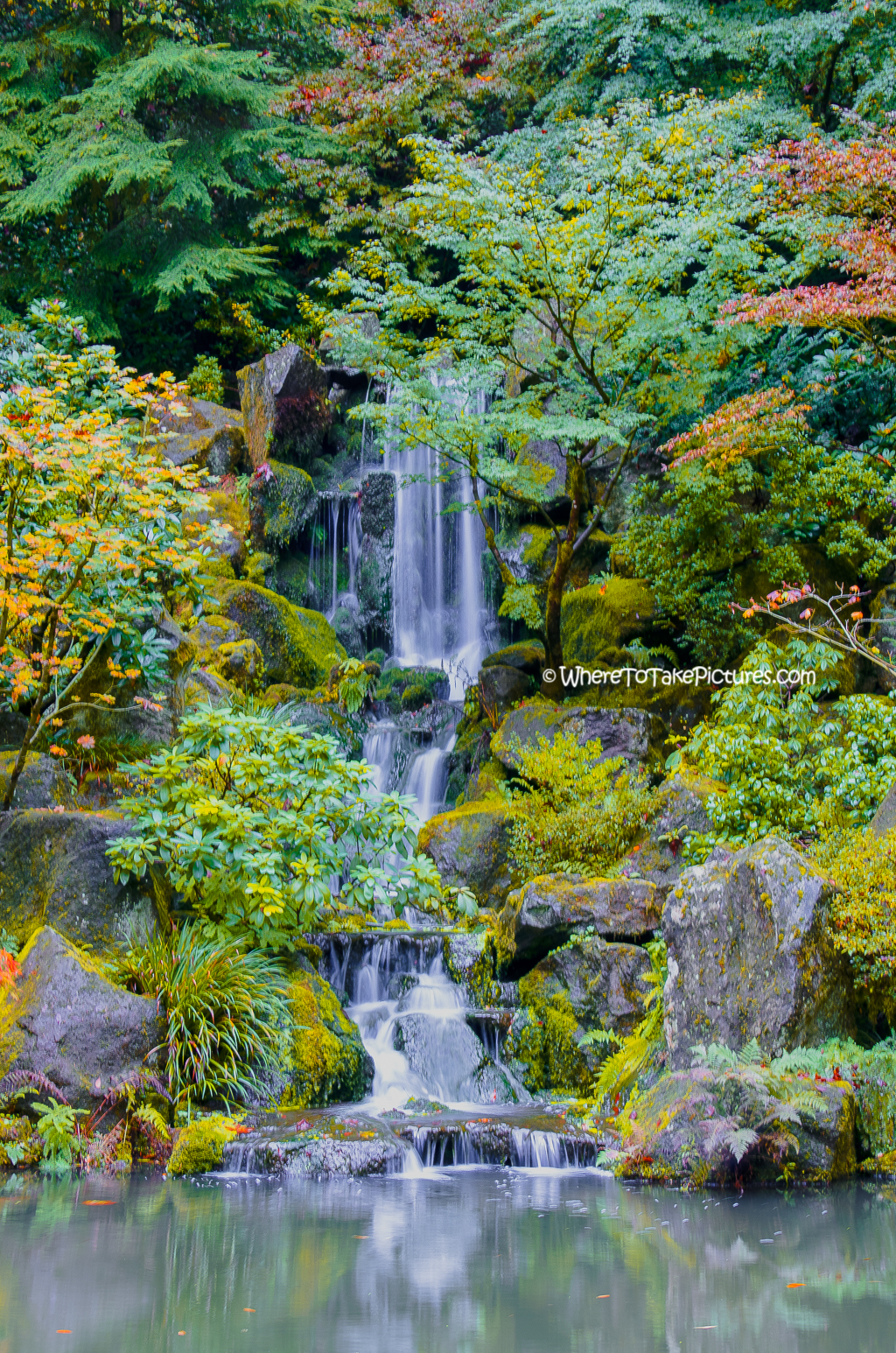 I’m not sure what this tree is. But it certainly caught my camera’s attention. 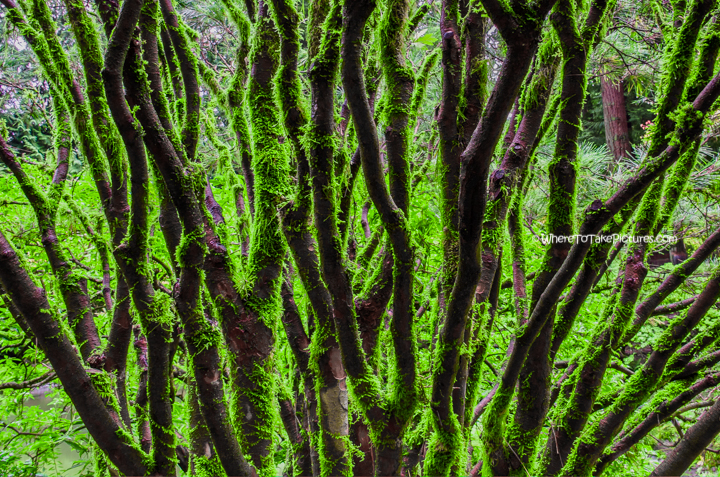 I could tell that the timing of my visit was about right. The leaves were starting to wilt. Soon all the green color will turn brown. 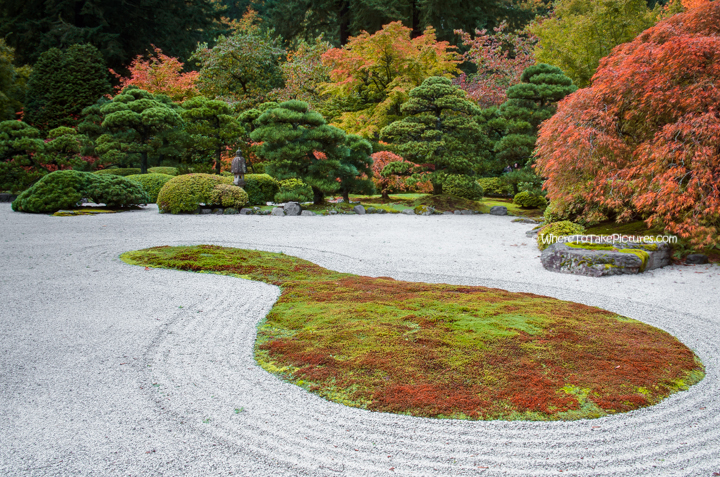 “[In a Japanese garden,] the presence of water itself is not required. In the dry garden of karesansui style, the sea is symbolized by grey gravel or sand and the state of the sea is expressed by sand patterns or samon created by raking the sand to form certain designs.” 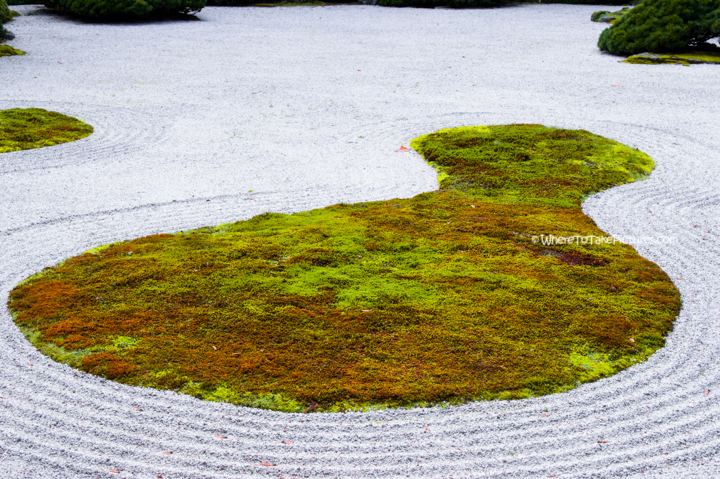 Believe it or not, I have this type of Japanese maple in my front yard, but it’s a dwarf — almost like a bonsai. I want a big one, but it has never grown taller in the last 10 years. 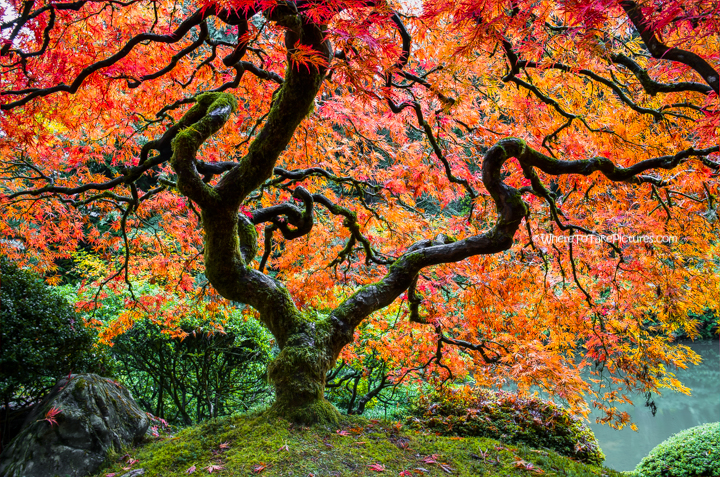 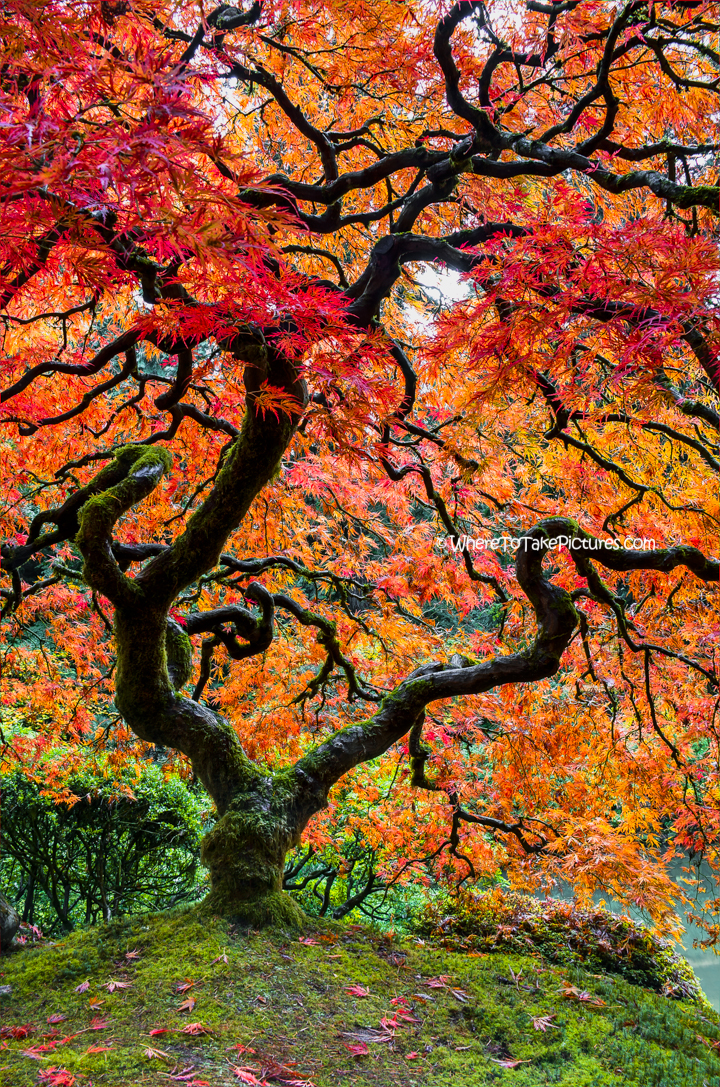