Stone Mountain, where you see the carvings of three figures of the Confederate States of America: Stonewall Jackson, Robert E. Lee, and Jefferson Davis. These names suggest only one message: Stone Mountain is in the very heart of the South! The carved surface is actually huge; it’s more than the size of two football fields. Gutzon Borglum, known for having carved Mt. Rushmore, was first asked to do the carving, but he left Georgia in 1925. The carving was completed only in 1972. In contrast, Mt. Rushmore was completed in 1941. 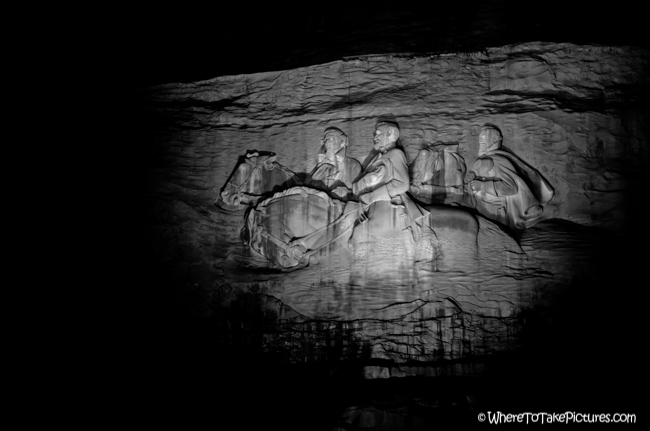 I wanted to sit down and enjoy the view, but it was cold (about 36 degrees F = 2 degrees C). I had a jacket on, but I didn’t bring my gloves. My hands were freezing. So I ran back to the car….

I wanted to take more time to compose this picture, but a car was entering the bridge, so I hurriedly pressed the shutter release. So I took another picture minutes later, even as I was freezing. As it turned out, the picture I took in a hurry was the one that I like better, compared to the one where I followed the rule of thirds. I really need to go out with somebody who knows about photography. Trial-and-error is OK, but a lot of precious time is wasted. 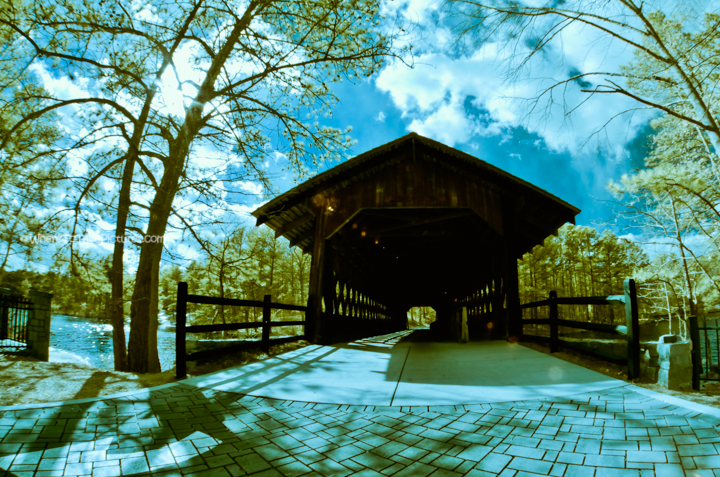 I love visiting this part of Stone Mountain. It’s near the Quarry Exhibit.

It’s so tempting to dive into the water, but I would die from hypothermia! I wonder how the ducks manage, and they stay on the water all the time. 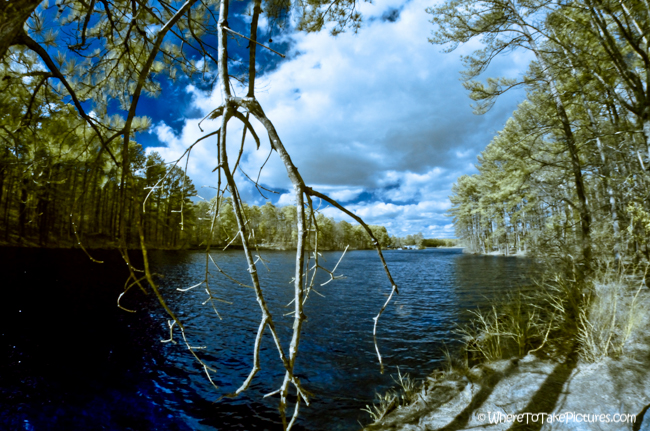 I drove to South and North Carolina looking for fall foliage. Today I decided to find fall colors in my neighborhood. Stone Mountain is not exactly in my neighborhood, but it’s about 10 miles away. I wouldn’t walk to Stone Mountain, but getting there by car takes only minutes. I was lucky when I took this picture today. I could see not only the colors of autumn but also the reflection of the clouds on the lake. 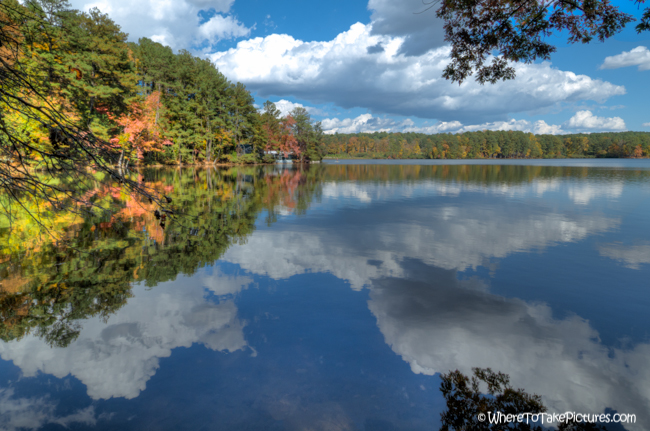 Perfect timing. Stone Mountain is great for this type of photography. 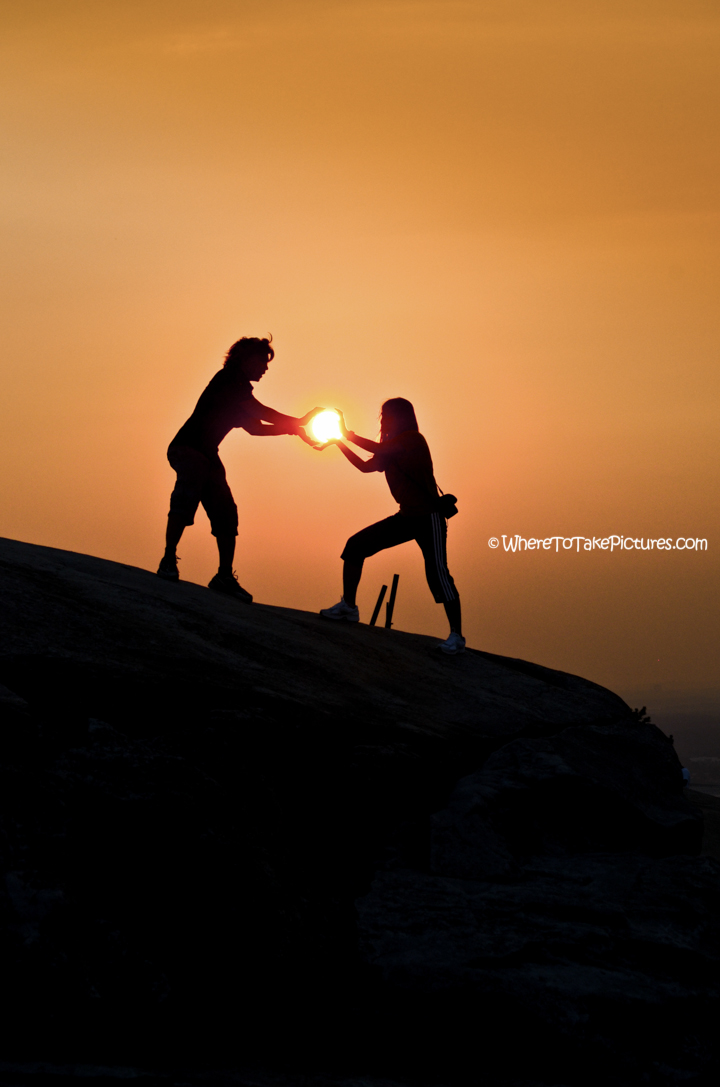 I wish to camp here for the night, but the weekend is over. I have to work tomorrow… There’s never enough time to commune with Mother Nature. 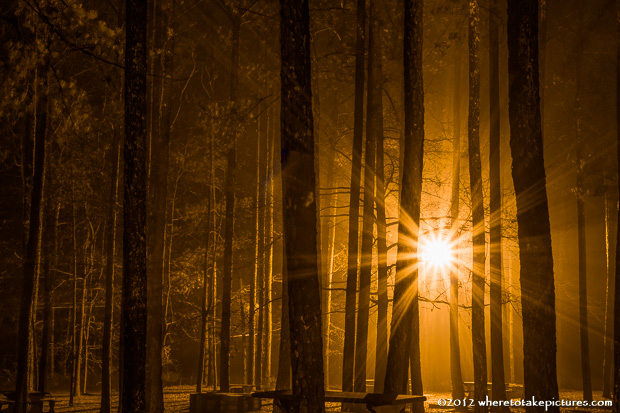 One reason I keep coming back to Stone Mountain is the opportunity to climb to the peak, and I start the climb before sunset. Downtown and Midtown Atlanta are quite visible even from afar. The view from the top is quite good especially during the fall season. 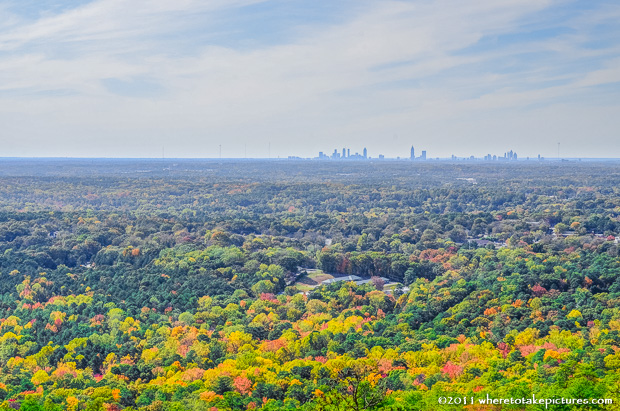 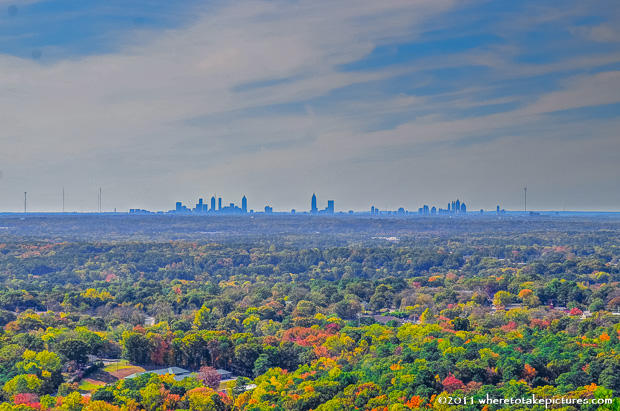 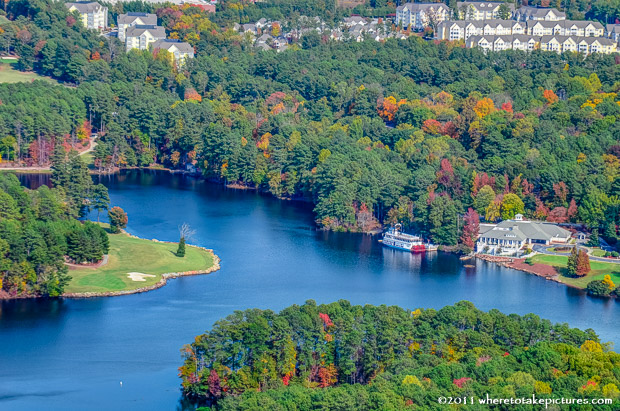 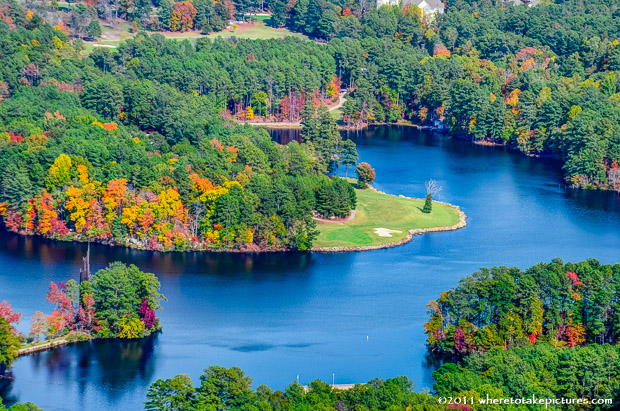 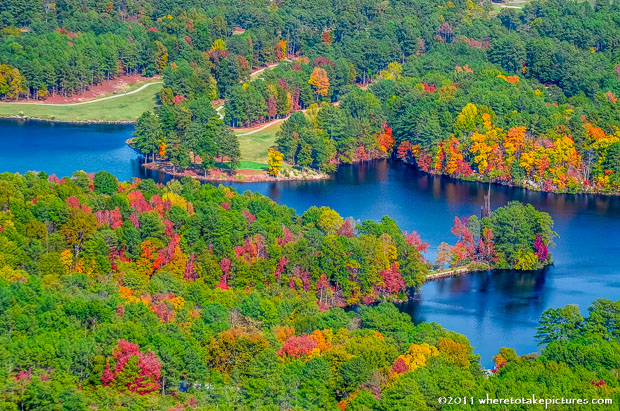 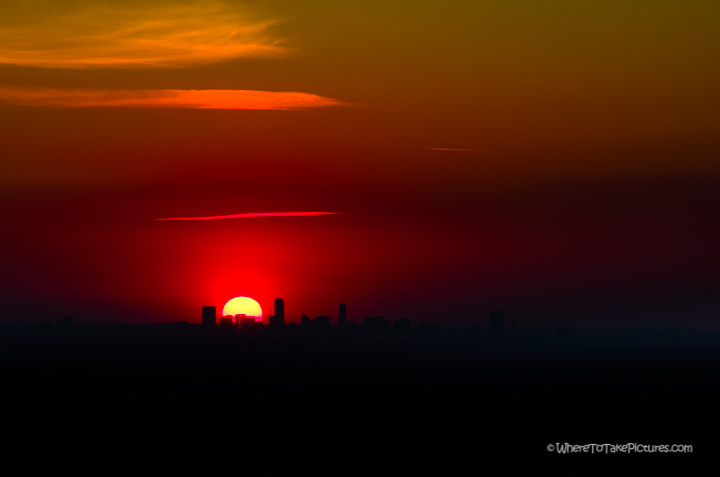