I took this picture of the Chain Bridge on the Buda side of Budapest. The Chain Bridge is one of the landmarks of this beautiful city. As many of you know, Budapest, the capital of Hungary, consists of Buda and Pest, separated by the Danube River. In December 1820, the well known Hungarian, Count István Széchenyi (1791-1860), learned that his father had died in Vienna. Unfortunately, it was snowing heavily, and he was stranded on the Pest side. Unable to attend his father’s funeral, Count Széchenyi vowed that he would finance the construction of a bridge over the Danube River, regardless of the cost. It took him almost 50 years to realize his plan. In 1840 William Clark, a Scottish engineer, oversaw the construction of the bridge. The bridge was completed in 1849. Towards the end of World War II, as the Nazi troops retreated from the cities they occupied, they blew up bridges. In Budapest, the Germans destroyed all of the city’s bridges! A century after it was constructed, only the pillars of the Chain Bridge remained intact. The Hungarians decided to rebuild this bridge in 1947. 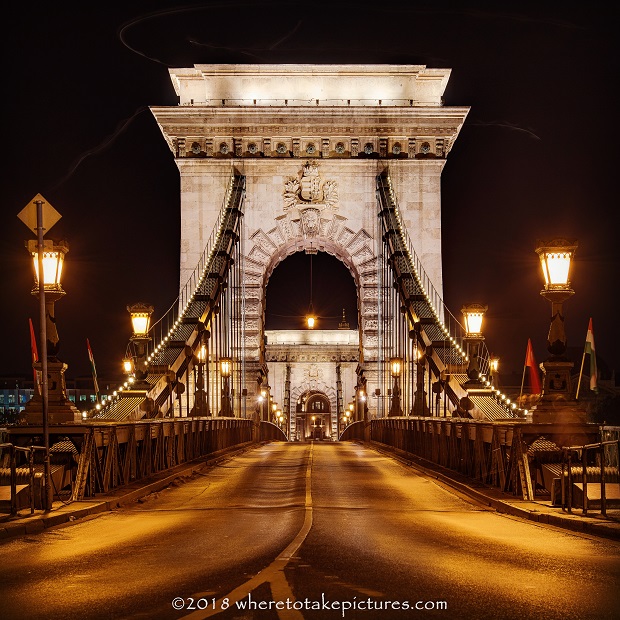 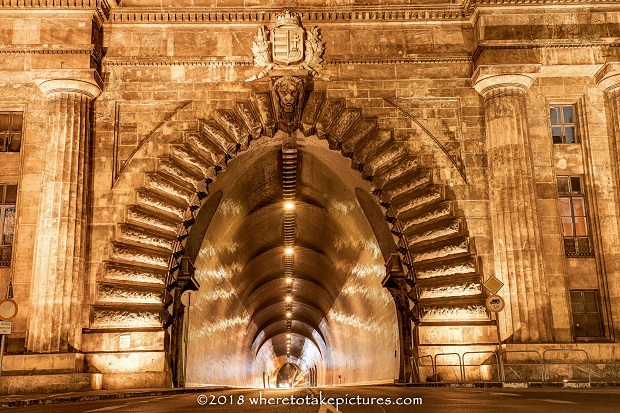 Among the many bridges that connect Buda and Pest, the Chain Bridge is inarguably the most beautiful. Those coming from the Pest end had to walk around Castle Hill on the Buda side to be able to proceed northwards. On February 10, 1853, four years after the completion of the Chain Bridge, the construction of a tunnel leading through the hill was started. On March 6, 1856, the tunnel was opened for foot traffic, and on April 30, 1857 also for vehicle traffic. Being 1150 feet in length, the tunnel leads through under the Buda Castle to the other side of the hill. Its length is approximately identical to that of the Chain Bridge, prompting anecdotes according to which the tunnel has only been built so that in rainy weather, the Chain Bridge can be shoved in and be protected from the weather. The entry of the tunnel at its Chain Bridge end was also fittingly designed in classicist style. 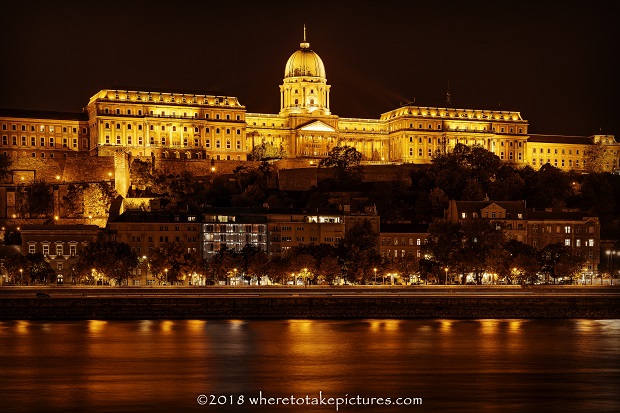 The picture above is that of the majestic Budavári Palota at night. This is on the Buda side of the Chain Bridge. Built in 1265, Budavári Palota was the castle of the Hungarian kings. Budapest is a well-lit city at night. At night, Budavári Palota looks like a giant pearl surrounded by little emeralds. Of course, Hungary is no longer ruled by kings. History tells us that the assassination of Archduke Franz Ferdinand of Austria, presumed heir to the Austro-Hungarian throne, led to the dissolution of the monarchy and the start of the First World War.

It was already late at night when I took this picture on the Pest side. I climbed the hill to the castle. When I arrived at the castle, I could not help but notice the ancient walls. I had to touch them with my cold hands. How many deep secrets have these silent walls heard over the centuries?